This is one sad empty lot. It has changed over and over again through the decades, but has remained a depressed piece of shit every time. This surface parking lot has gone through so many reincarnations and transformations that they become hard to keep track of. Yet for the last 150 years or so, this lot hasn't had one bit of luck. 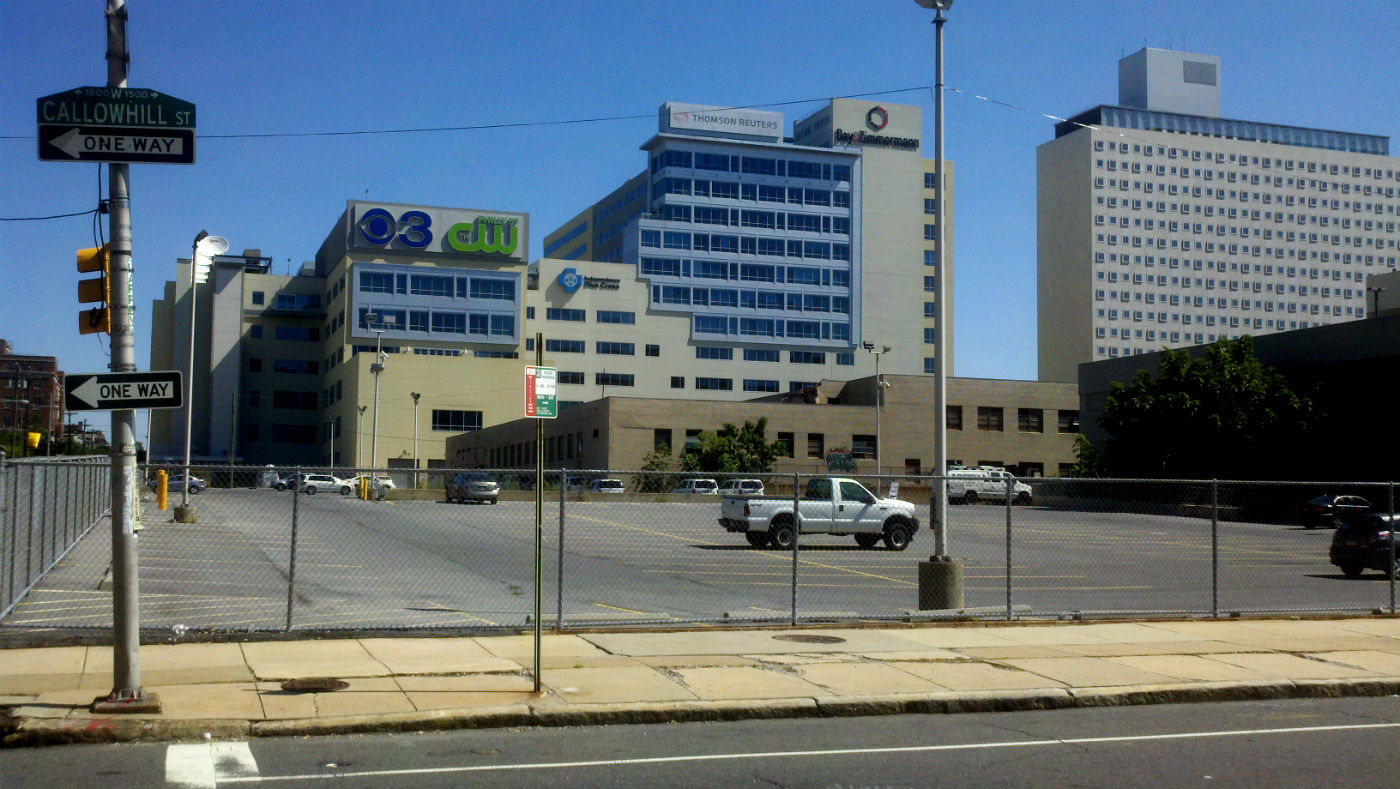 East Side of 16th Street between Callowhill and Hamilton Streets. As seen from 16th and Callowhill.

This is one sad empty lot. It has changed over and over again through the decades, but has remained a depressed piece of shit every time. This surface parking lot has gone through so many reincarnations and transformations that they become hard to keep track of. Yet for the last 150 years or so, this lot hasn't had one bit of luck.

The earliest development on this lot dates all the way back to 1790s, when the Delaware and Schuylkill Navigation Company planned (and might have actually built) a canal that would run from the Delaware River and alongside the Schuylkill River all the way up to Norristown, PA. This canal would have run right through the middle of this lot. The project died by 1798. In the early 1830s, the Philadelphia & Columbia Railroad ran a wide-ass 4-lane railroad line straight down the path of the never-completed canal. The area then settled with both industry (who took advantage of the railroad line and the open space) and rowhouses, some actually facing this busy railroad, which by this point was being called Pennsylvania Avenue. 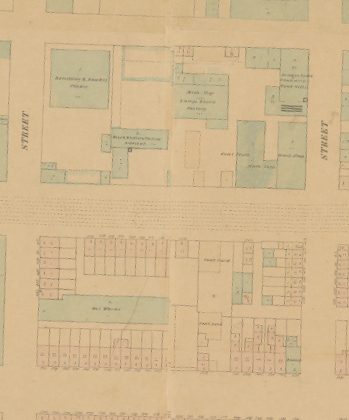 The lot in 1858. That huge railroad was at surface level, on the same street as people's homes. Fun!

In the early 1890s, the Philadelphia & Reading Railroad took over this part of the old railroad, and made plans to bury it underground, creating bridges at Broad Street and every numbered street west. After all, there were tons of accidents associated with having a huge railroad line run straight through neighborhoods, even though barely anyone was still living there by then. The Pennsylvania Warehouse Company's huge-ass building had taken the southwest corner of the current lot. 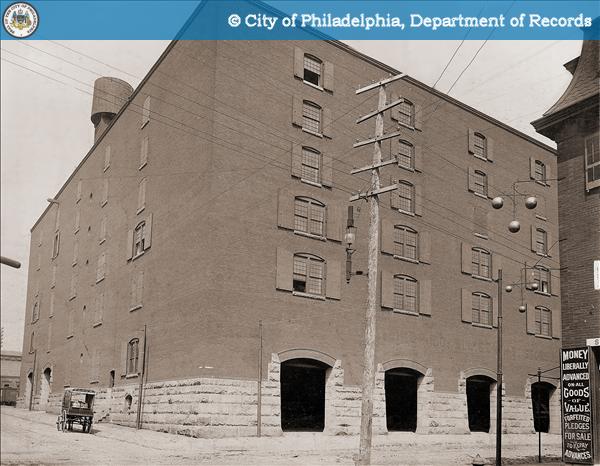 Pennsylvania Warehouse Company building, 16th and Callowhill, 1894. The same corner as the picture at the top. Image from PhillyHistory.org, a project of the Department of Records.

The line was widened at Broad Street and became an underground freight yard. On this empty lot's block, the lines all came together into the original 4-line formation, but now it was all underground (people like to call this line the City Branch). However, a bunch of dead-end spur lines came up to grade on this block as well, serving the various industrial buildings on the north side. 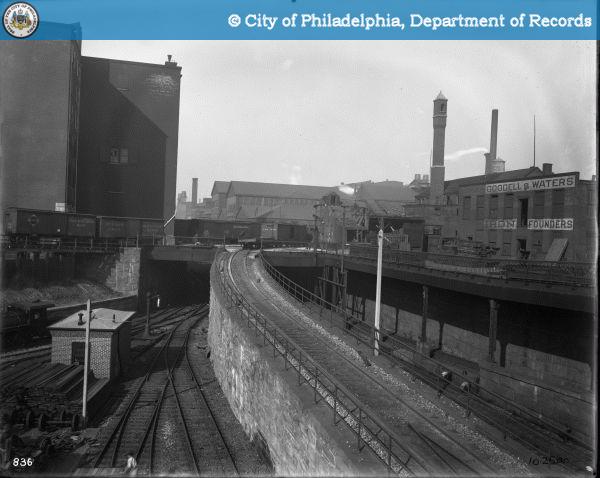 This shot facing west from 15th Street says it all. The current empty lot was almost completely below grade and had a bunch of ramps up to street level. The back of the Pennsylvania Warehouse Company building is on the left. PhillyHistory.org.

In the late 20s, the Inquirer Building was built over the old freight yard, and used the lines to transport rolls of paper and distribute printed newspapers. The northeastern corner of the block bounded by 15th, 16th, Callowhill, and Hamilton was cleared of industrial buildings in the 1940s and the Inquirer's crappy vehicle maintenance building was plopped down there, still stinking up the block to this day.

Over the next few decades, the configuration of the site of this empty lot would constantly change. Parts of the old underground freight yard that were no longer in use became parking lots, and ramps leading down to them were built, moved, and removed over and over again. The northwestern corner of the block was decked over in this time, creating the first signs of the current surface lot we see there today.

By the start of the 1990s, the old Pennsylvania Warehouse Company building was gone and a series of ramps and decking at different grades filled the block. 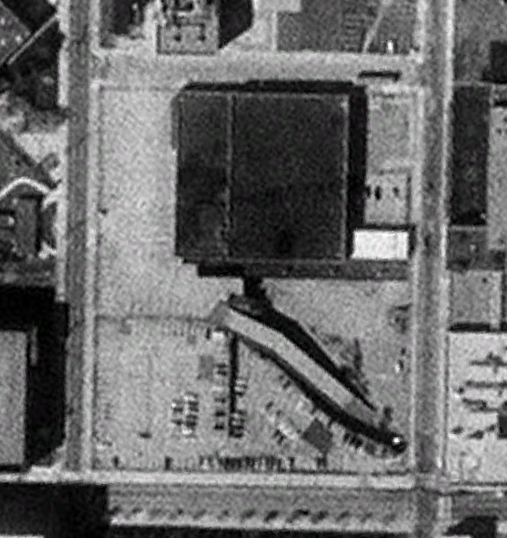 Aerial photo from 1999 showing the current empty lot on the left and the final configuration of the decking and ramps before being destroyed on the lower right.

In 2000, the Inquirer built a 500-space parking garage over the ramps and decking on the southeast corner of the block, bringing the surface lot to the appearance it has today. However, this surface lot's days may be numbered. Two different ideas for what should happen to this space have been presented in the last year. The first is Bart Blatstein's Provence casino hotel, which, if approved as the city's second casino, will use this lot as a gaming area with a little faux-village/mall on the roof. 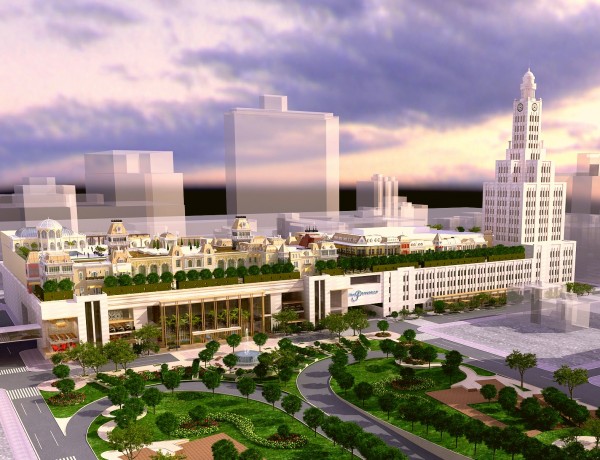 The left part of this structure covers the current surface lot (and eliminates the crappy parking garage)!

The other comes from the Friends of the Rail Park (formerly Viaductgreene). They want to turn the old underground line into a park that runs below grade. It wouldn't change the current surface lot that much, just create an opening along part of the lot that is now decked over the old City Branch. 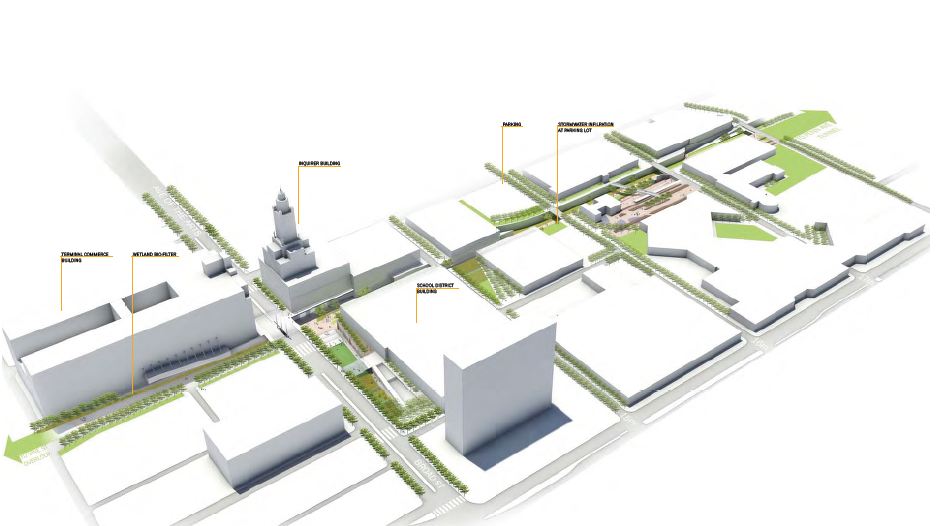 The current surface lot is in the middle, here creatively colored in white to blend into the background. Image from Friends of the Rail Park.

Well, a lot of shit is set to get in the way of both ideas. Bart Blatstein's casino proposal may not be chosen, and even if it is, a project is underway to replace the Broad Street Bridge built by Reading over the City Branch in the late 1890s. That will certainly get in the way of the casino's opening. The Rail Park plan has a lot of support but will also take a herculean effort to complete, especially since Reading, now a real estate company based in L.A., still owns some of the land. Either way, this shitty surface parking lot has a future, but for now, don't get your hopes up. 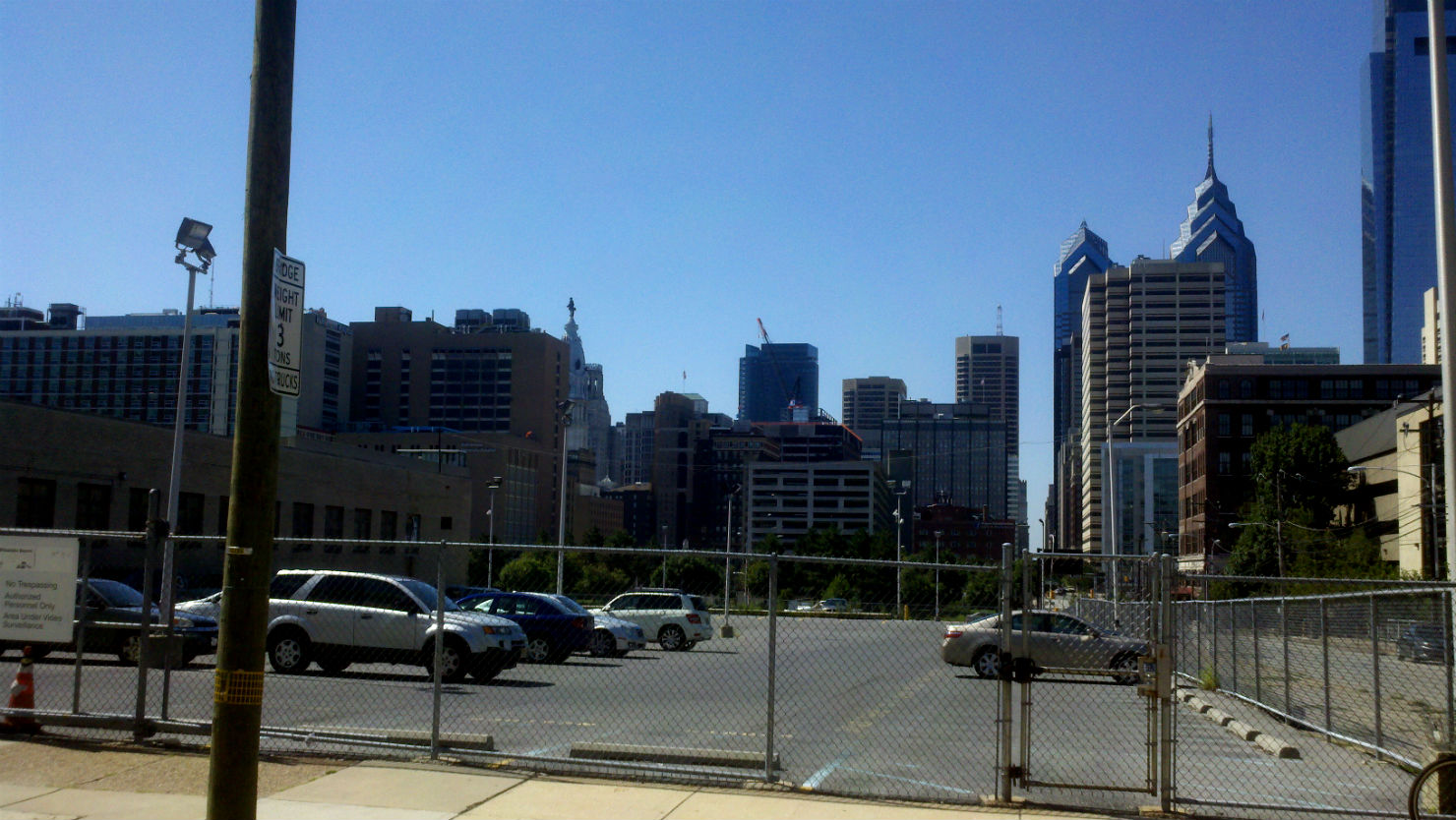 As seen from 16th and Hamilton.